I left Juneau by ferry, well before the sun had begun illuminating the inky black landscape. The only clues as to what surrounded us were the pre-dawn cries of gulls voicing their complaints at the hour and the lapping of dark waters against the hull. It wasn’t until the sky faded to indigo that I could make out white-capped seas and distant peaks on the horizon. Around me, other passengers slept beneath the rows of chairs and crowded around coffee tables with the over-tired gazes of frequent travelers on the last leg of a long journey home. Once the horizon was bright enough to make out entire mountain ranges, I stood out on the deck for as long as I could stand the cold.

Numb fingers and frozen cheeks were easy to ignore. This new world appearing out of darkness like a polaroid from black was going to be my home for the next three months, and I wasn’t going to miss the first show. There was not another sign of civilization until we slowed to a stop at the Gustavus dock four hours later, and I stepped onshore knowing I had made a solid choice.

If I thought I was experiencing small town Alaska in Seward, it might as well have been a thriving metropolis compared to Gustavus. I guessed what I was in for by the third person I met on my tour of town that flashed a knowing smile and said “Don’t blink, you’ll miss it.” The most frequented (and only) town hangout, Four Corners, marks the intersection of Gustavus’s two roads and is comprised a gas station, a cafe, and a small shop. It’s a town where waving to passing cars is practically in the bylaws; slight a local while driving a government rig, and you’ll be hearing it from your boss the next week. You can get a respectable selection of goods brought over from Costco in Juneau, but Gustavus residents know a thing or two about self sufficiency. Jams, soap, vegetables: you name it, and someone around here makes or grows it. 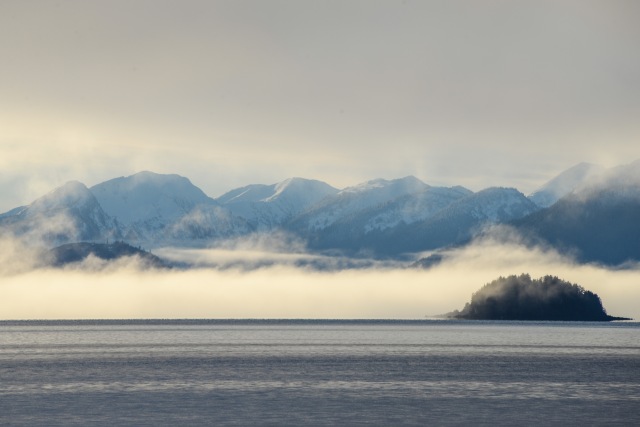 But the town isn’t what draws people to this wild land, or what tempts them to stay. This is not a place dictated by zoning codes and business hours. The ruling forces here are the tide, the wane of the winter and summer sun, and the advance and retreat of the glaciers. Glacier Bay is and always was a wild place, and we’re just guests— a fact that was made abundantly clear to me in my first few weeks here.

On a Thursday night few weeks ago, the KP level (which measures disturbances in Earth’s magnetic field) shot up to a 4. I dragged myself from the warm cocoon of my bed, pulling on layer after layer to rush down to the cove behind park housing. The second the trees cleared from overhead, I could see an eerie glow on the horizon. For me, it’s the visual equivalent of shotgunning a Red Bull— there’s no going back to sleep after that. The soft yellow-green glow sharpened into focus, into a curtain of light shivering against the stars as I set up my tripod on the shoreline. The beach was empty and perfectly still, save for the click of my camera shutter and distant loon calls traveling across the cove. My focus darted between the skies and my viewfinder, barely registering the cool pressure of water rising up against my XtraTuf boots until it spilled over. There’s nothing like the truly unfortunate sensation of sopping wet feet to remind you that the tides here are dramatic and fast moving. Still, I stayed out until clouds covered most of the sky. The water had warmed to a tepid, sloshing puddle in my boots by the time I walked home. 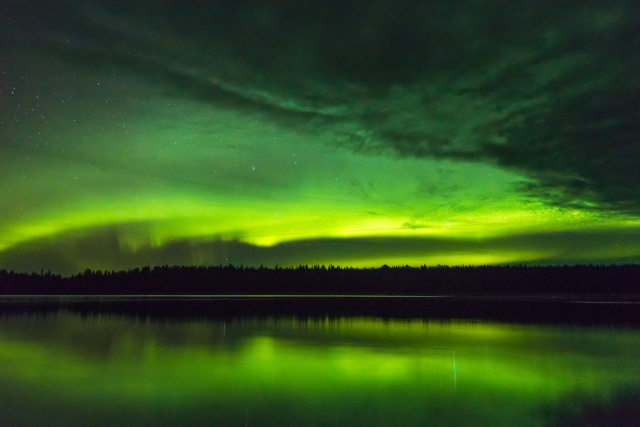 That night was followed by a hectic day. Rumors of a government shutdown circled, making any real productivity hopeless. We had intended to fly to the nearby town of Hoonah to work with the local school and other park employees the following Tuesday, but the likelihood dwindled with every un-funded hour. By Monday, the shutdown was in full effect. We had just about finished setting out-of-office replies and posting alerts by the time it was lifted. Our plans to visit Hoonah were back on.

Of course, with one plan back on track, there had to be something else to shake things up. In this case, literally. That night, I woke up after midnight to an odd rolling sensation and just when I thought I had imagined it, another quake knocked the room around. I fell back asleep assuming the worst had passed, but pounding on the door at 2AM indicated otherwise. We were under a tsunami warning, one of the park rangers had come to tell us. We sat up for an hour, doing some ill-advised reading on tsunami disasters and looking for signs of imminent death on the webcams pointed towards the bay. Neon safety warnings advised being at least a mile inland, 100 feet above sea level, and away from any visible water, which was an alarming revelation considering we had about 20 feet of elevation and could see the shore from the window.

In the end, the wave that hit the coastline was reported to be about 5 inches tall. We took off the next morning in a small Cessna at sunrise, and in minutes were once again the only civilization-shaped blemish in sight against the wilderness of Icy Strait. Whether bad weather conditions would keep us grounded in Hoonah that night or not was hard to say. I had stopped assuming I knew what this turbulent place would throw at us next. 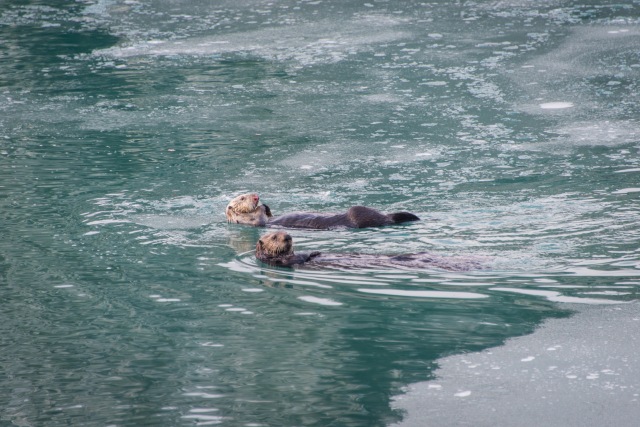 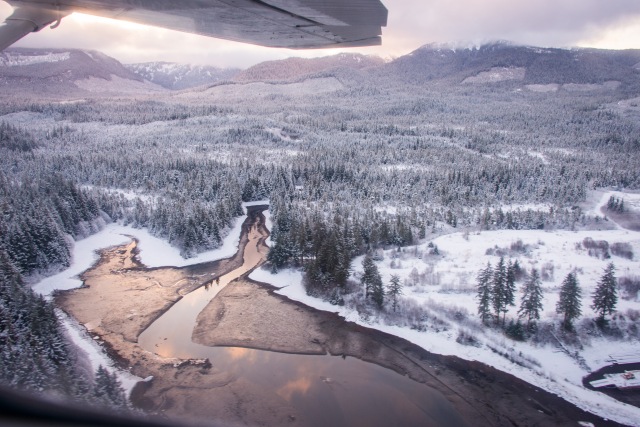 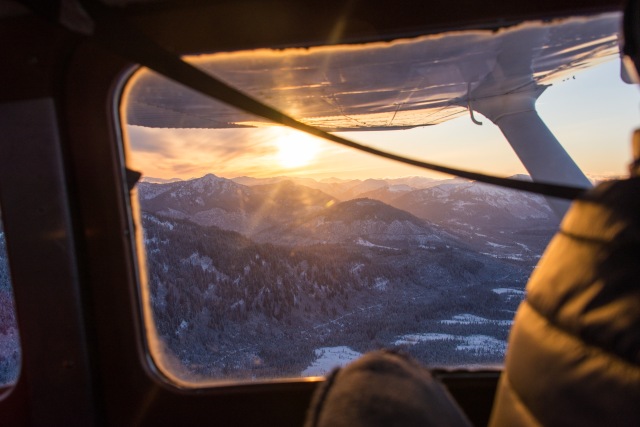 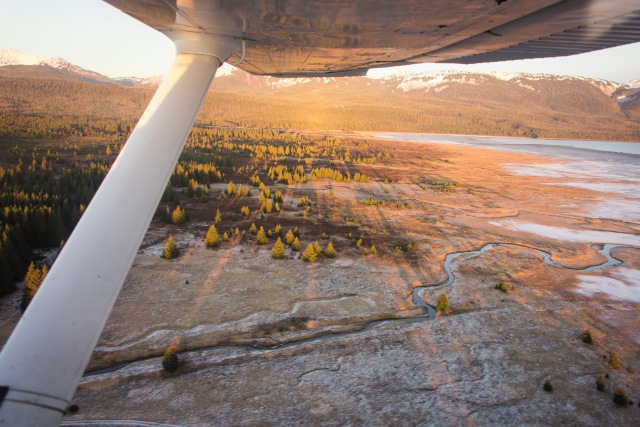 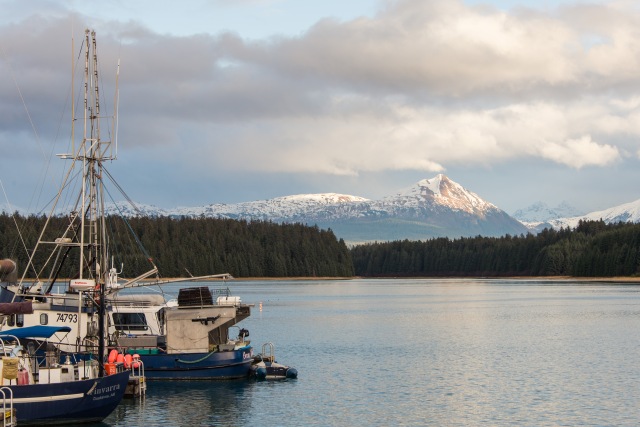 “Men come and go, cities rise and fall, whole civilizations appear and disappear-the earth remains, slightly modified. The earth remains, and the heartbreaking beauty where there are no hearts to break….I sometimes choose to think, no doubt perversely, that man is a dream, thought an illusion, and only rock is real. Rock and sun.”

― Edward Abbey, Desert Solitaire: A Season in the Wilderness

← 2017: The Highlights
Above the Wild World of Glacier Bay →