Surviving the Grand Canyon in June: The North Rim

After a whirlwind trip through Arches National Park, it was back to I-70 for the long haul to Grand Canyon National Park. As excited as I was to see the incredible immensity of one of the largest canyons on earth, a few months ago I could only cringe at the thought of the Grand Canyon in June. The thought of the heat and crowds was panic-inducing, especially for someone who prefers her nature with a side of peace and quiet. Luckily, snagging a campsite on the North Rim solved all of that- it only took weeks of obsessively checking Recreation.gov for cancellations (worth it). Only ten percent of the five million Grand Canyon visitors a year end up at the North Rim and at a thousand feet higher than the South Rim, the June temperatures range from actually bearable to downright pleasant. From the inescapable, oppressive heat of the Utah canyon floors, every foot of elevation we gained to reach our campsite at 8,300 ft was a relief. It was almost tempting to never leave the cool breeze of our shaded tent site until I walked a few yards down the trail and caught my first view of the most humbling view there is, millions of years in the making. 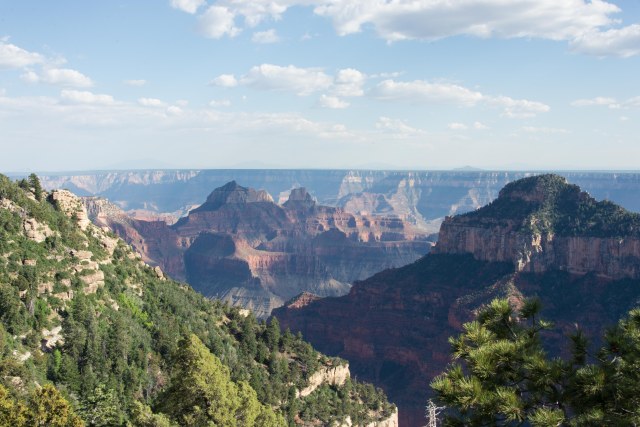 Once we settled in, we followed a short trail behind the North Rim Lodge that leads out to arguably one of the best sunset spots in existence: Bright Angel Point. A thin strip of trail ends abruptly at the point, with the canyon surrounding you in every direction but the one you came from. You might as well be floating above the miles of buttes and ravines as they shed the hazy mid-afternoon haze and light up layer by layer in spectacular color.

With only one full day to spend in the canyon, we weren’t quite motivated (or insane) enough to attempt hiking the 14 miles to the canyon floor and back in the record-breaking heat below the rim. Instead, we decided to hike partway down, following the North Kaibab trail which quickly takes you into the scorching desert world of the canyon. Dodging horse and mule dung, we hiked the rapidly descending trail to Coconino Overlook and then down to Supai tunnel. Reaching the tunnel was a short-lived victory. Maybe it was the heat, but the rim we had just hiked down from suddenly seemed unreasonably far away. Every foot of elevation we gained under the unrelenting glare of the desert sun felt like a battle, but eventually we made it to the rim. Back at the campsite, after eating enough food to feel human again, it was pretty clear that our afternoon adventure would need to be on four wheels. 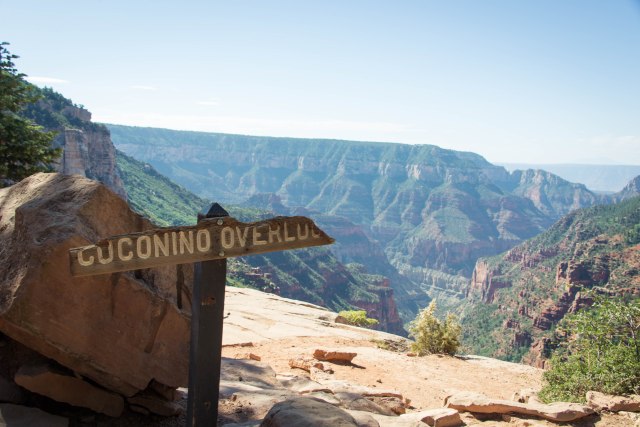 Driving in Grand Canyon National Park doesn’t disappoint. One moment the roads curve through forest and meadows, and the next you glance over to see the ground drop away into unbelievable vistas that appear out of nowhere. It’s hard get far when you stop at every other pull-off, but it makes for a pretty great (and air-conditioned) afternoon. That night we caught sunset along the cliffs behind the campground, lounging on rocky ledges with other campers and feeling lucky to get to see something as indisputably perfect as sunset on the Grand Canyon twice.

The next morning Zion National Park was calling us, but we couldn’t help but take a very convincing gas attendant up on his suggestion to drive out to Cape Royal for one last stunning Grand Canyon moment. Looking down at the distant water of the Colorado from Angels Window, my mind was spinning with trips to plan, hikes to take, and rapids to float. 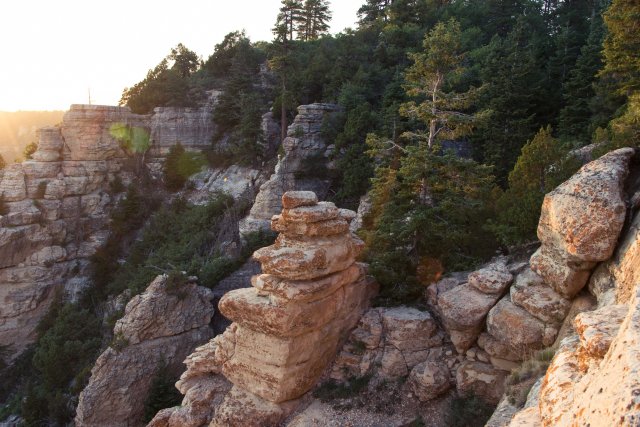 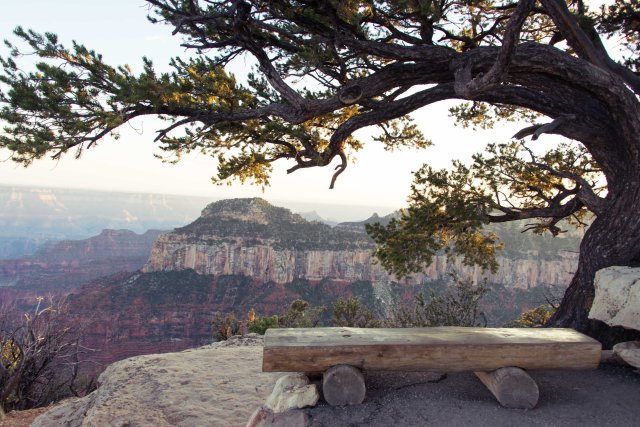 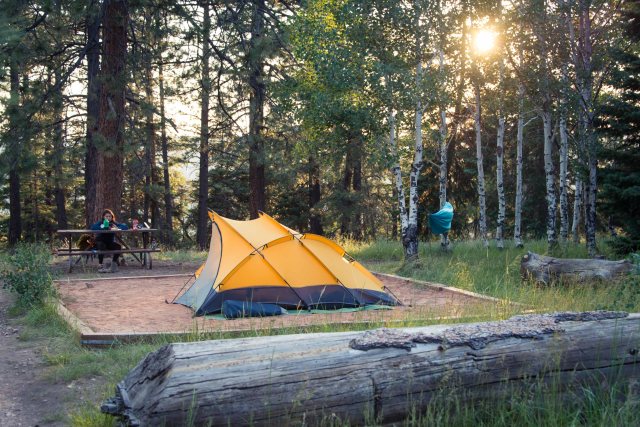 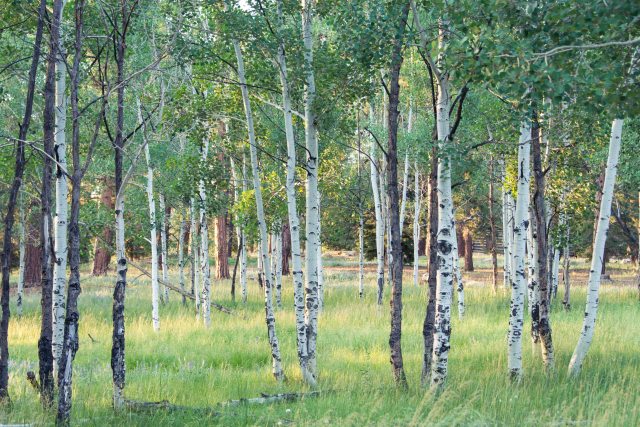 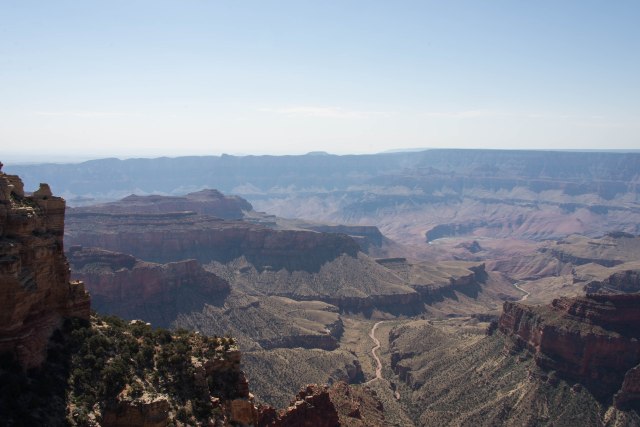 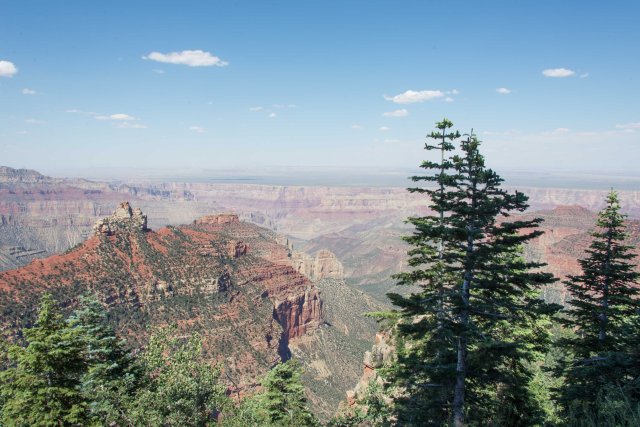 “Leave it as it is. You cannot improve on it. The ages have been at work on it, and man can only mar it. What you can do is to keep it for your children, and for all who come after you, as the one great sight which every American… should see.”