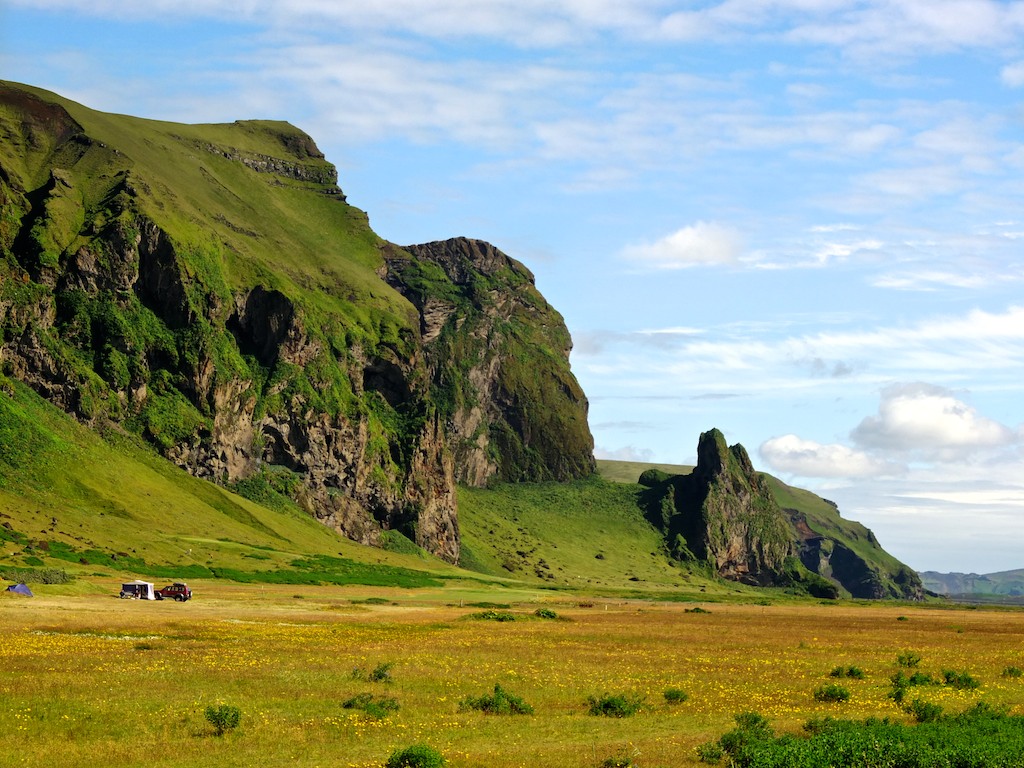 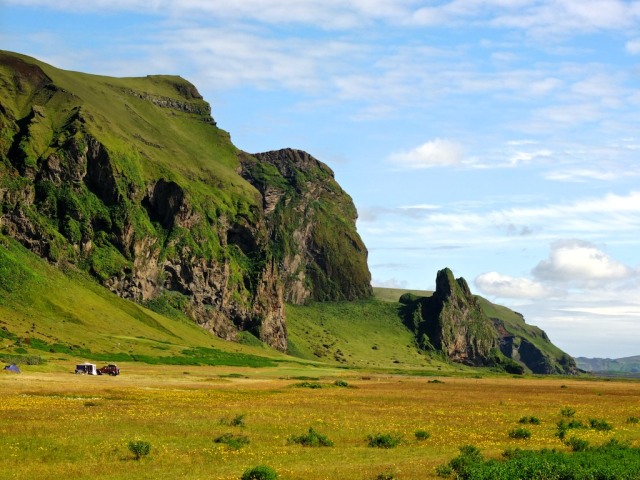 En route from Skaftafell we stopped at this gorgeous outlook to eat lunch and stare out across the endless black sand beach. In some parts, if you crane you neck far enough over the sheer cliff, you can spot lovable puffins hanging out below you. Totally worth the risk. 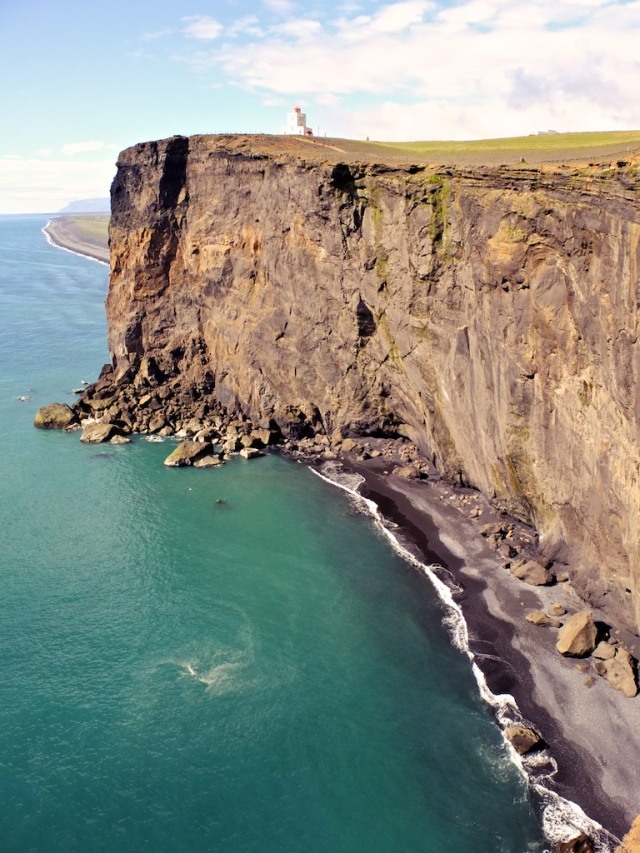 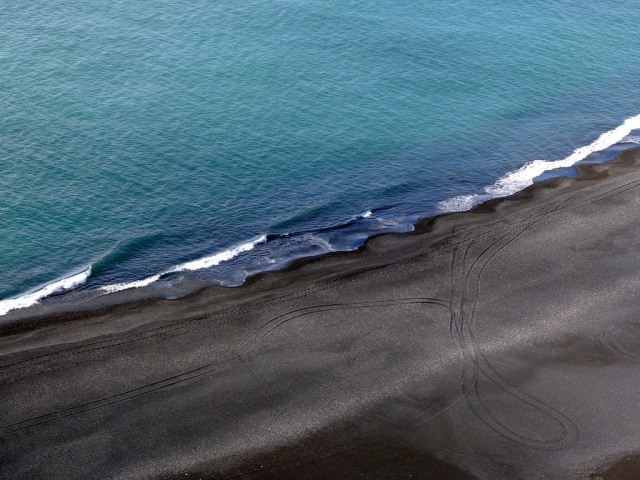 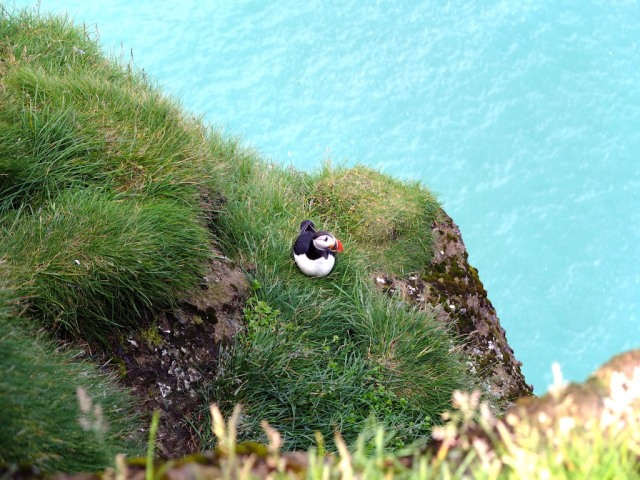 Next stop, Skogar. It was our last new campsite on the trip- we would stay two nights in Reykjavik before our flight out, but that was it.

And apparently we really did save the best for last. I was jolted out of my usual bus ride nap when we pulled up in front of another jaw-dropping waterfall- one we would be camping in full view of.

In a spot like that, I didn’t even mind the giant spiders that had taken up residence in both stalls of the bathroom.

We spent two nights there and I never managed to get a photo of those falls. The murderous hike we did the next day might of had something to do with that.

Remember the eruption of Eyjafjallajökull in 2010? Yep, that volcano that a hilarious percentage of newscasters couldn’t pronounce. That was our destination and it was do or die (I think I did a bit of both).

The description of the hike alone is exhausting: a 32km (20 mile) hike, past 22 waterfalls, between two glaciers to summit one of the world’s newest mountains: Magni.

We left around 7am on what felt like a mad sprint to the top. Even the onslaught of beautiful waterfalls wasn’t enough to distract me from the insufferable incline- but with the help of a lot of snacks, we made pretty good time.

We followed our path as it disappeared under snowfields and scrambled up sandy ridges. I think I was about ready to face plant into the snow when I heard it was only a mile or so after the next ridge.

That was wrong, of course, but believing that kept me walking until the fiery red of the eruption cone came into view. 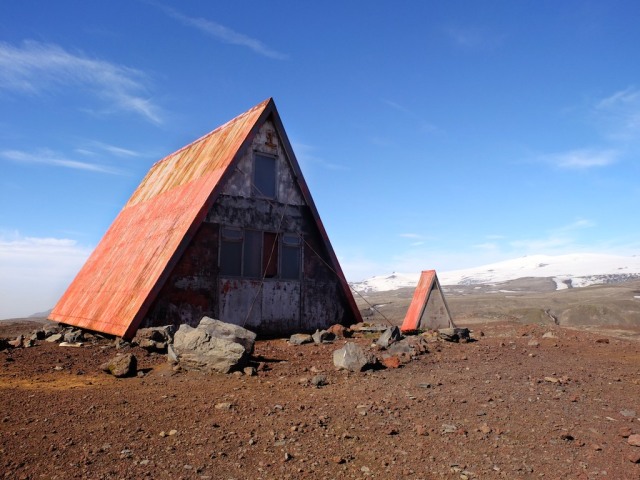 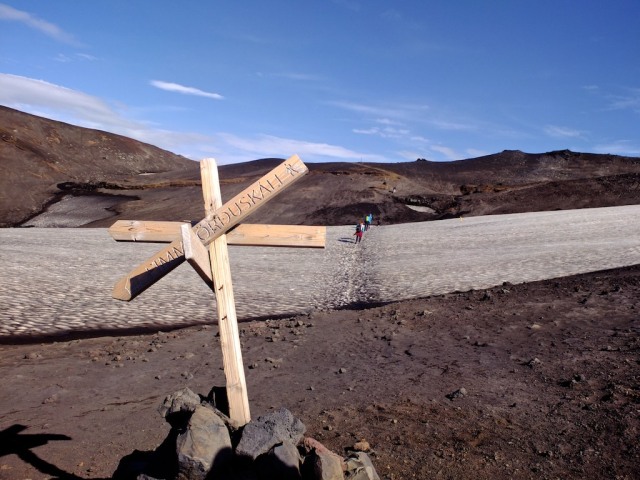 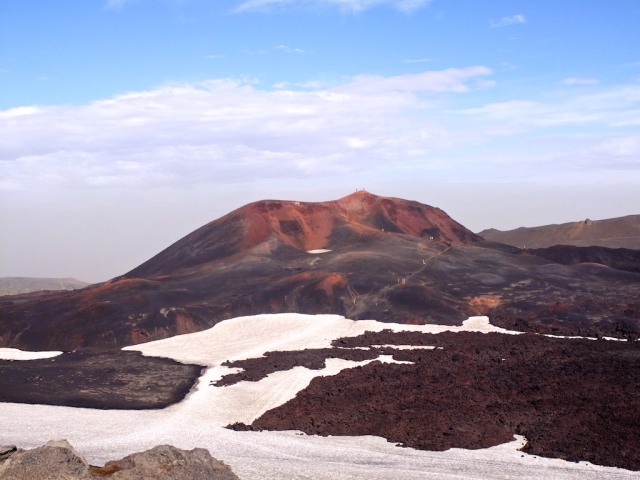 After the best sandwich I think I’ll ever have (it was soggy and I had eaten the same one every day for a month, but it was pure heaven), we hoofed it down to the flow to get our hands on three year old lava.

With my pockets sufficiently stuffed with Eyjafjallajökull lava chunks (it’s our little secret), I forced myself up the last 5 minutes to the summit of a mountain so fresh it was still steaming. Literally- when you dig a hole and splashed water in, it sizzles.

20 miles is by far the longest I’ve ever hiked in a day, so I was pretty proud of myself when we finally victory jogged (it was more of victory hobble) the last stretch into camp 10 hours later. 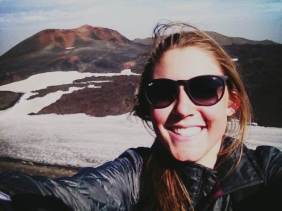 It was pretty much smooth sailing from there on out. Except for some minor tent-collapsing issues during a windstorm that night, which was actually more amusing than it was disruptive.

It didn’t really sink in that the trip was ending until I heard over the bus microphone that we had officially driven all the way around Iceland.

Thanks to an awesome itinerary, a great (and very tolerant) professor, and an incredible group of people the trip was an unbelievable success. 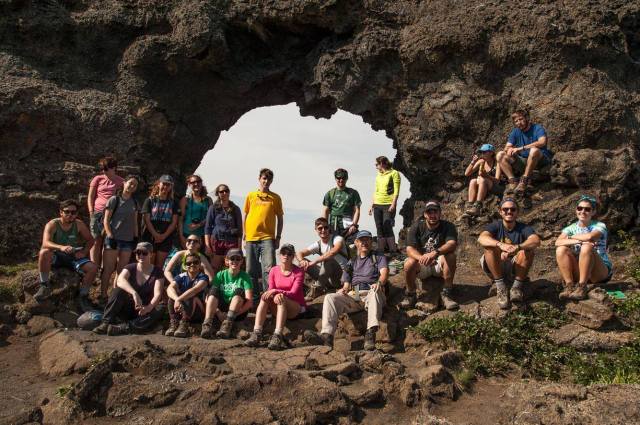 The group minus the eagle! Photo taken by Mal Hill

“Because in the end, you won’t remember the time you spent working in the office or mowing your lawn. Climb that goddamn mountain